0.9.7 is by far the biggest update we have ever made. It contains huge improvements, bugfixes and a bunch of new features. We have made great strides in making FPGA programming more user-friendly for beginners and advanced users.

The Team Explorer features an integrated source control using Git. It helps you keeping track of changes in your project, comparing and syncing them with Git providers like GitHub, Azure or others. This new feature makes working on projects together with a team much easier and anyone who used git with other IDEs knows how useful it is to have it integrated.

You can find more information on how the Team Explorer works here. 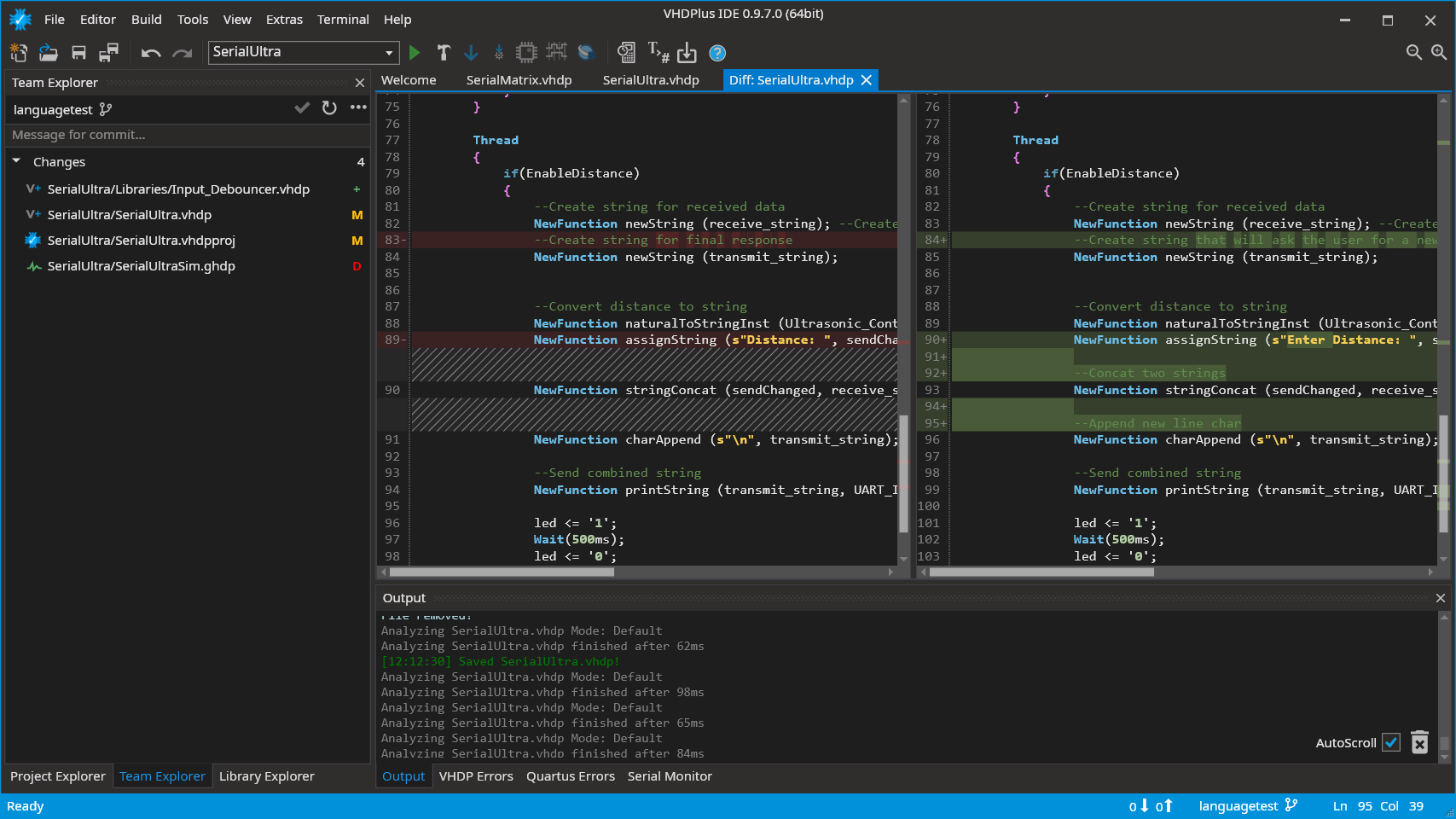 We already have made a guide on how to use the NIOS II Softcore processor and how to program it using the Arduino libraries in the past. This process was not very smooth as you had to use a secondary IDE to be able to create, build and program your processor. VHDPlus IDE now supports C++ by using CLANGD, a language server from the LLVM compiler infrastructure project. This means that you now have first class C++ support directly inside our IDE (which in my opinion is a lot better than the old eclipse version used by Intel 😉).

Additionally we have greatly simplified the process of adding a NIOS processor to your project which now works by just a few clicks. Everything works in just three simple steps. 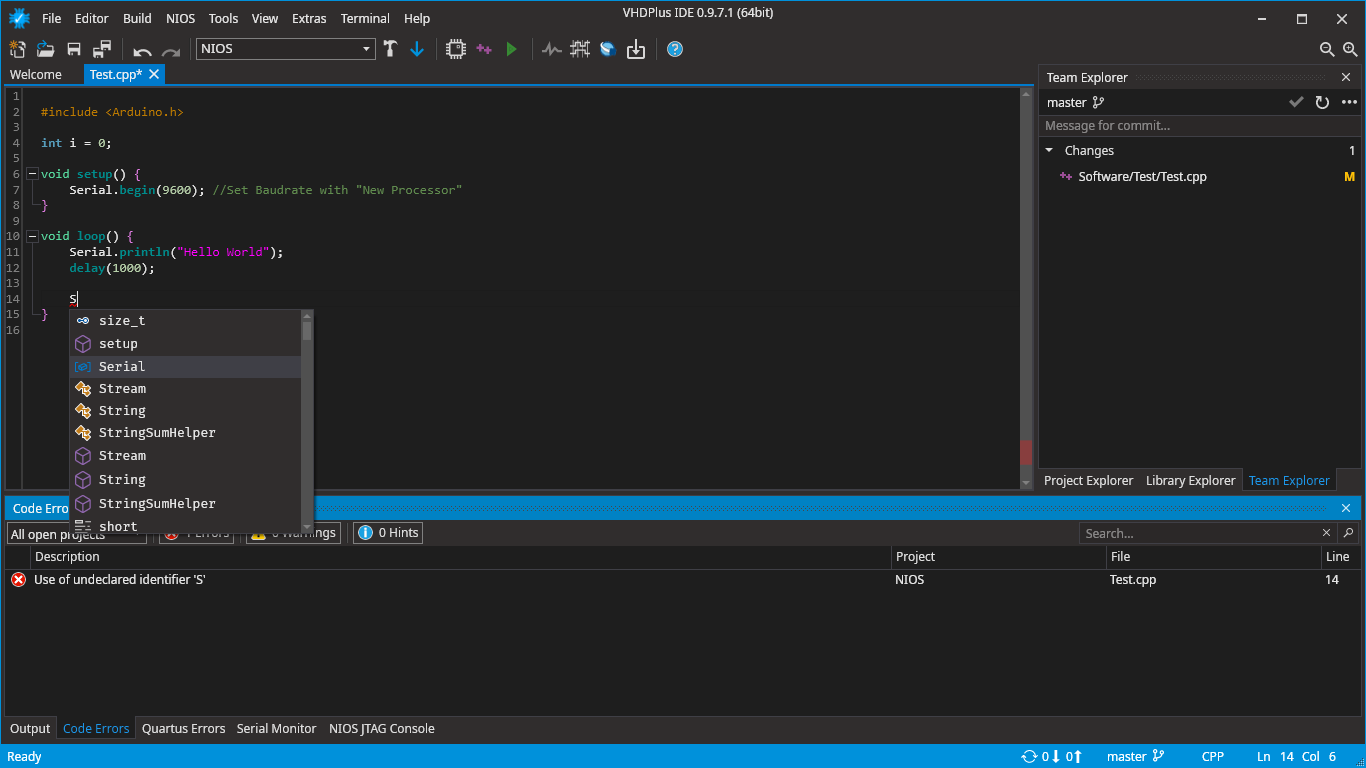 The Package Manager implements a convenient way of adding features to VHDPlus IDE by just one click. As of version 0.9.7.1 you are able to download and install language support for c++, VHDL, and System-Verilog.

We have big plans with this for the future. You will be able to install libraries, drivers, device supports, custom toolchains for different implementations of softcore processors and other useful stuff just by a few clicks without the need to leave the IDE. 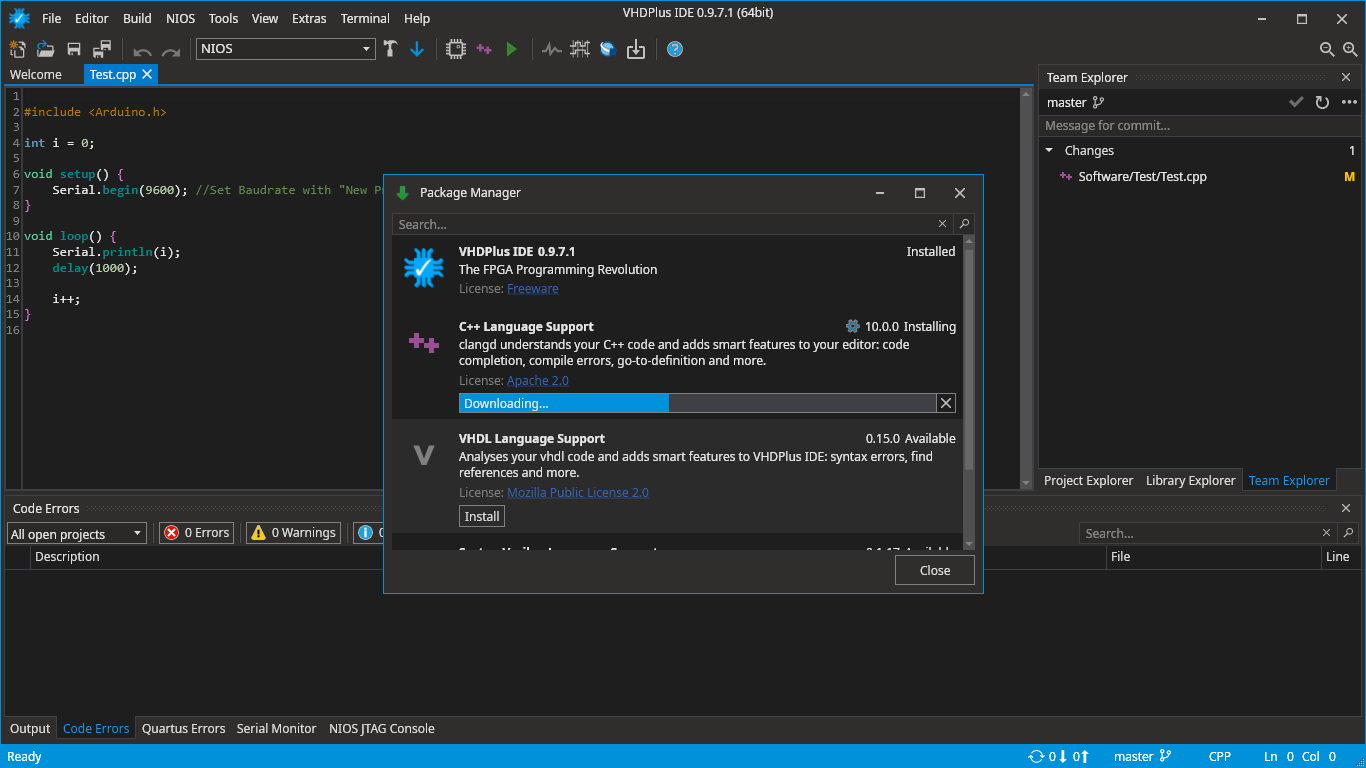