We are currently working on a cross platform version of the VHDPlus IDE which was recently windows only. It will feature a visual studio like docking system, real time error checking, programming suggestions, simulation assist and much more useful features. 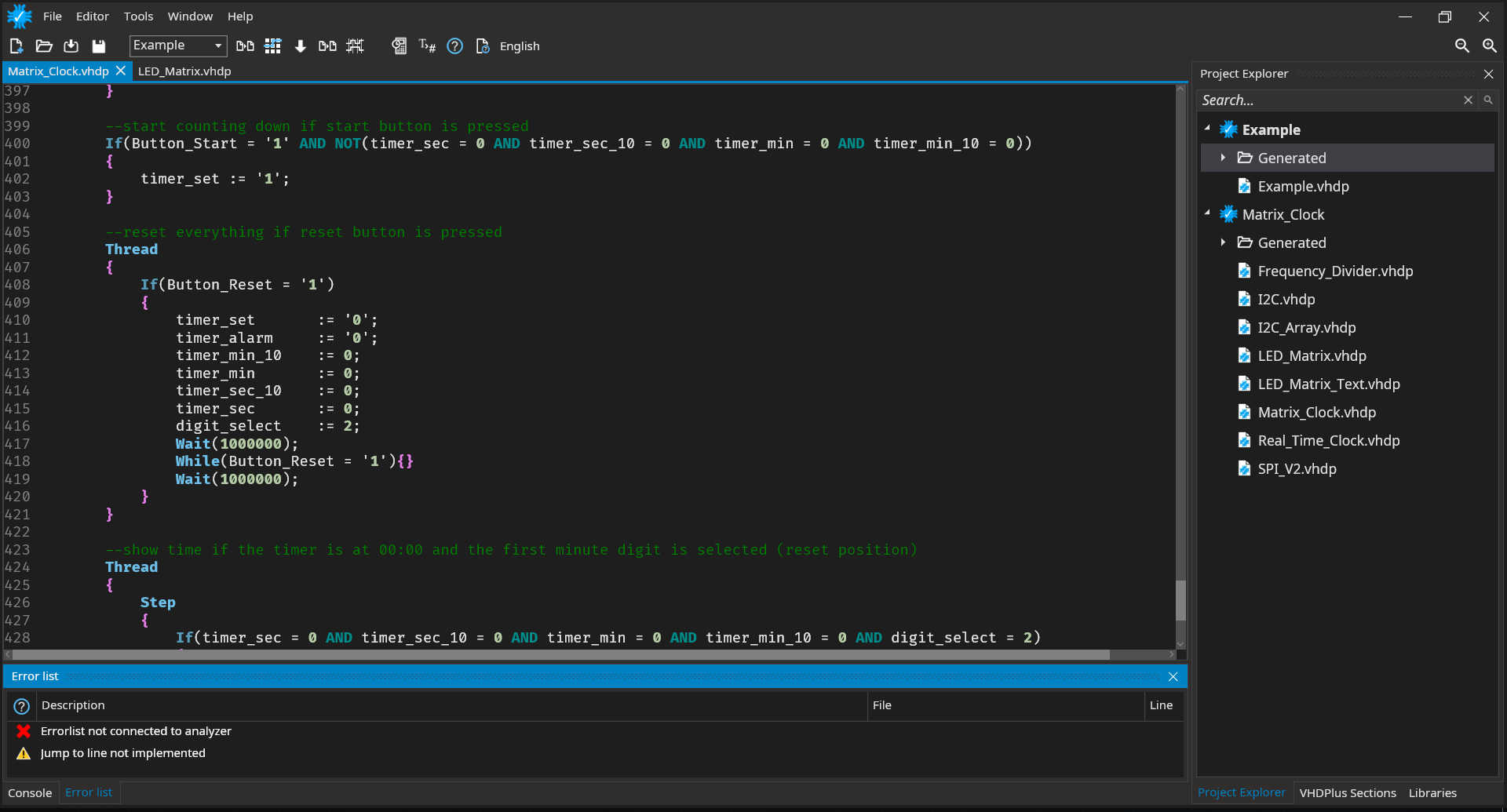 We are planning on releasing the first BETA for Windows and Linux soon.

Since the VHDPlus IDE is created with Avalonia, it could run on MAC OS. But in order to compile and program our boards we rely on Quartus from Intel. Sadly, there is no support for MAC OS at the moment.

We could potentially release a version for MAC OS, which would allow programming VHDP and translating to VHDL but not compiling to bitstream. If you are interested in a restricted MAC OS version of our IDE, please write a mail to info@vhdplus.com